Rivers of the World Art Project 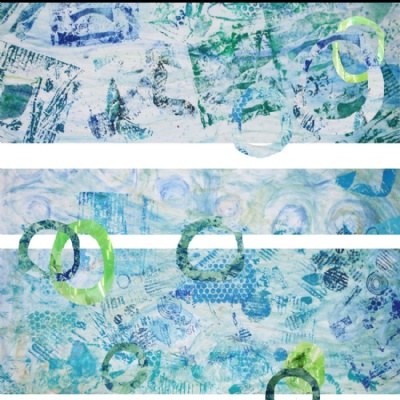 In March 2017, the Art Department at Trinity were accepted onto an exciting International Art project called ‘Rivers of the World’, run by the British Council. The project is a key part of ‘Totally Thames’ – a month long season of river and river related events in London.

The artwork that has been produced from this project will go on display here for the public to see, as well as being  printed and transported all over the world. Selected Trinity students took part in a 6 week programme of Art workshops run by Art teachers, Miss Pankhurst and Mrs Ellison, to create their artwork whilst also learning about their partner school and local river.

The British Council had three key aims from the Rivers of the World project, the first to provide the structure for an international school partnership to flourish. Trinity have been paired with the ‘Celebration Co-Ed Secondary School’ in Nepal, which we will be communicating with over the next year to share information about our own River and learn about theirs, as well as show our artistic responses to our shared theme of ‘Polluted Rivers’. Trinity students wrote diary entries and sent photographs of the artwork each week for our partner school to see.

The second key aim from the British Council was that students would learn about water and their local river environment. The students researched and learnt about the levels of water pollution that Nepal were faced with in comparison to ours. The main story students discovered about our local river, the River Kennet, was pesticide pollution in 2013, which inspired some of the artwork design and the materials used to create it.

The third key aim was that students would be inspired to realise the potential for art in their lives. The students took a key role in designing and discussing the process of making the final piece in response to the ‘polluted river’ theme. They wanted to create a mixed media piece that would encompass a range of skills – some painting, printmaking and 3D work. They created collagraph tiles with recycled materials to create different textures, and printed these onto painted backgrounds that represented the water. The students developed this technique to show how a build-up of plastics and rubbish could slowly take over our clean waters. Plastic bottles were used to create 3D leaves and reeds which were then photographed and put into some of the bubble shapes over the top of the design. The layout and design of this piece was inspired by the artist Sue Lowe, who creates collagraph prints of water and natural environments. The final piece was then developed in Photoshop with some editing, creating a striped composition of images, along with bubble shapes floating upwards over each section.

The artwork will be on display from mid-August to September as part of the Totally Thames festival along with other entries from the UK and from schools across the world. I would like to thank all students that took part in the workshops, and all staff who donated plastic bottles for us to use to create some of it! 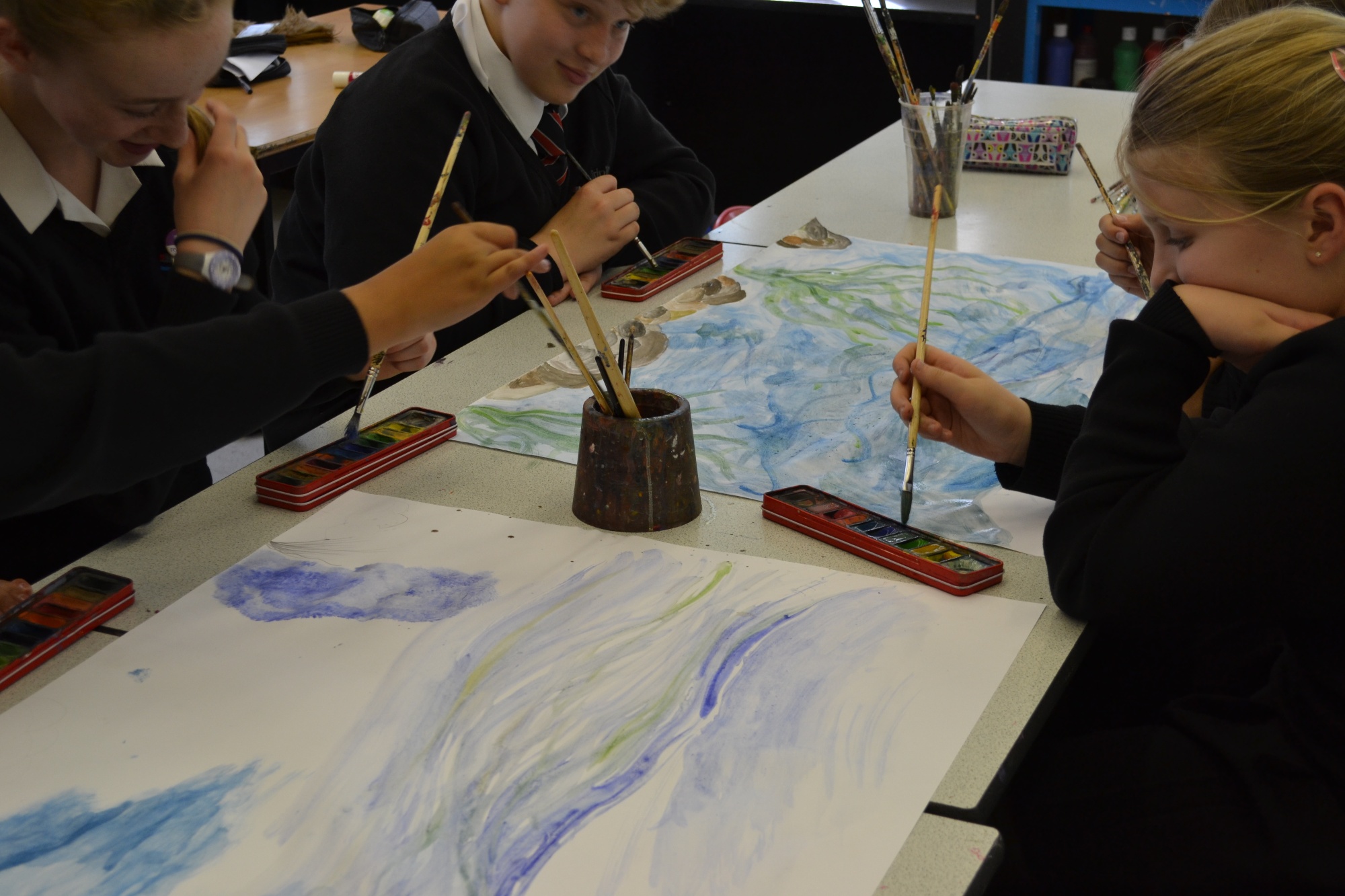 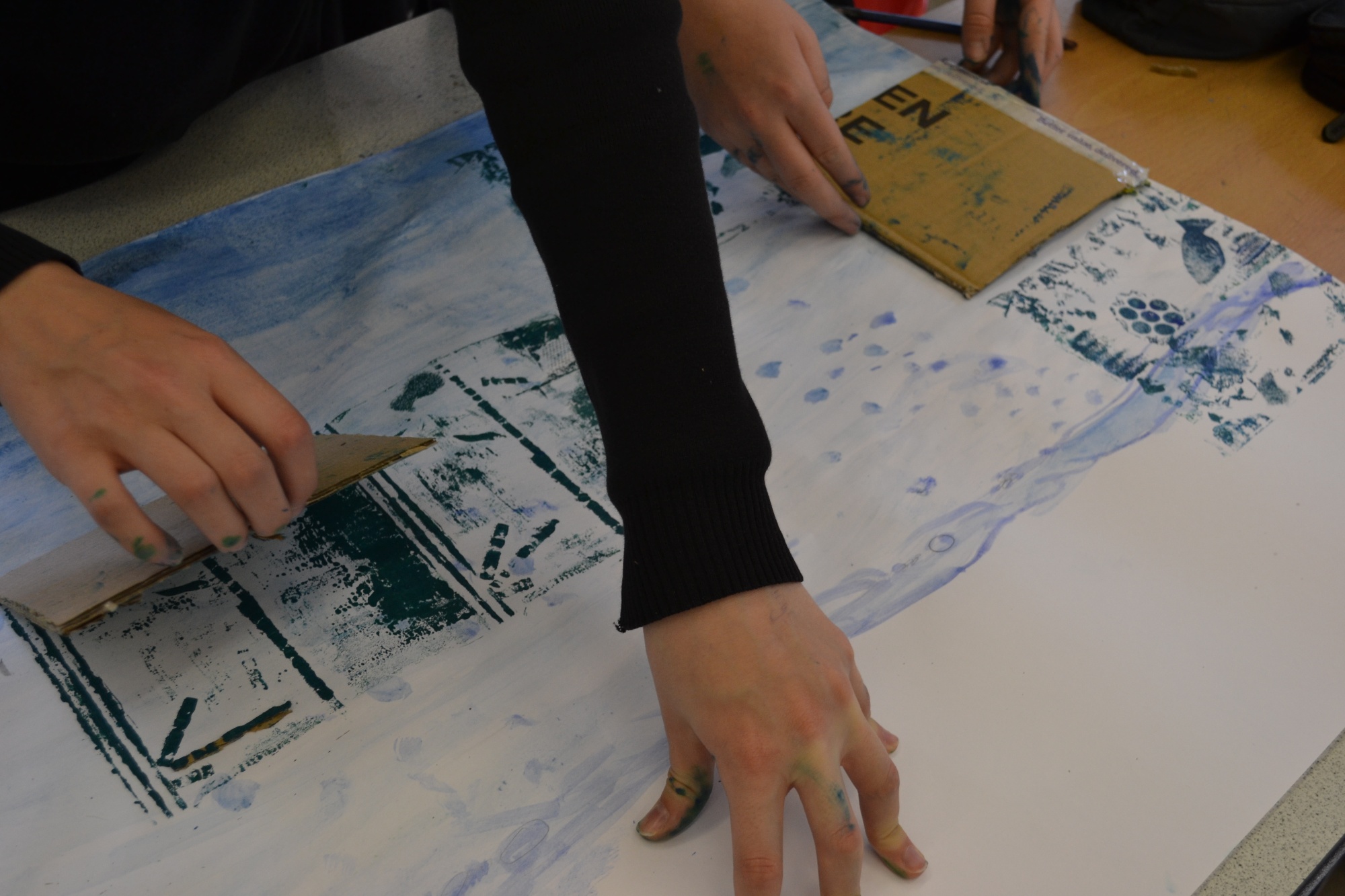 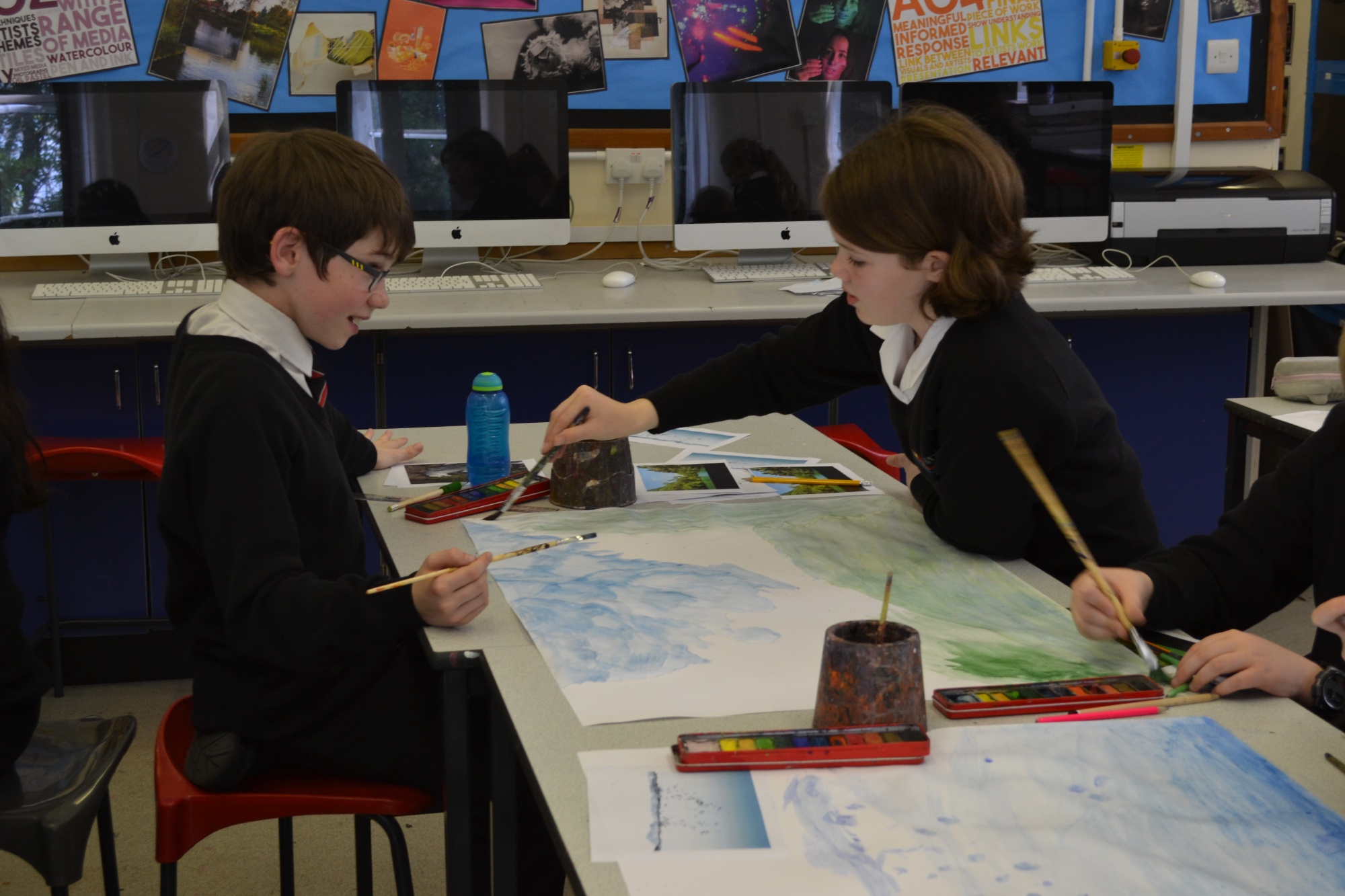