On Friday the 21st October the Charity team took a trip to the foodbank’s warehouse to deliver the schools boxes. Visiting the foodbank, which is run completely by volunteers, allowed us to see how it works.

In total we collected 275.4kg worth of food, amounting to 248 meals for the foodbank to provide to individuals and families in West Berkshire.

“Thank you so much for organising such a good challenge to the tutor groups at Trinity! What a fantastic amount of colourful boxes came to the warehouse last week. We enjoyed meeting you and your fellow students and really appreciate the support.” 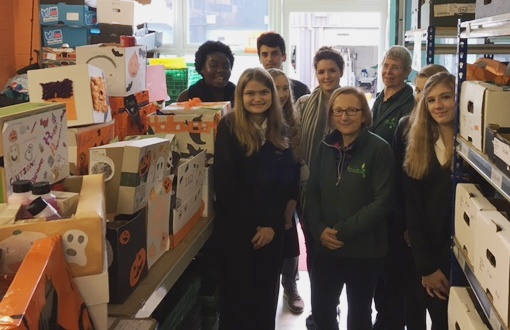