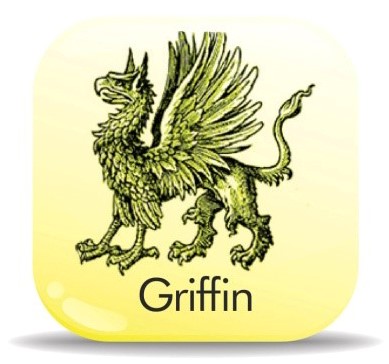 Miss A Dickinson
Head of House

'legends portray the griffin as a uniquely powerful and majestic creature, and it symbolized courage, boldness, and intelligence'

Students in Griffin excel in all areas of scholastic life here at Trinity including not only Academic success but also in their commitment and involvement in the wider extra-curricular programme including the performing arts and sporting arena. We enjoy a health rivalry with the other houses and always aim to do our very best in the many and varied inter-house competitions.

You can identify a Griffin student by their selflessness and thoughtfulness. Griffin students respond well to adversity and challenge, they don't quit until the job is done. They are encouraged to conduct themselves with integrity remembering that their words should always be backed up by positive actions. Griffins are leaders often taking up positions of responsibility within the school. At times they are too modest for their own good. Their achievements are understated as it is deemed as normal. Success for them is an attitude and state of mind. Many of these traits are found in all Trinity students and that sets them apart from young people in schools elsewhere.

Just like the mythical creature Griffin students aim to carry themselves and their peers with the strength, intelligence and determination to make each day better than the last, and this is what makes them so special.